There are a variety of sources where these cost savings come from, the most obvious being lower start-up costs. This includes license fee and implementation costs. There is no up-front license fee and research finds SaaS implementations shave a full month off the time to reach a “go live” milestone. SaaS also eliminates the hardware and infrastructure purchase cost, including the maintenance and cost of obsolescence. Then there’s the reduced cost and effort of upgrades, also contributing to the overall lower Total Cost of Ownership (TCO). Throughout the process, you also have the option of treating your investment as an operating expense as opposed to a capital expense.

Despite all these factors, some industry influencers argue that SaaS is no less expensive. This is reflective of the “rent versus buy” mentality in real estate. But purchasing a house is not the same as licensing software. You are not building equity in your software purchase – quite the opposite. 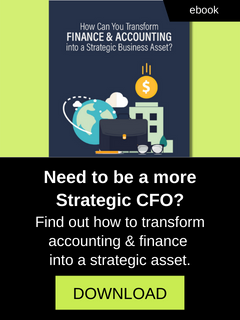 Non-believers will point to the break-even points somewhere in the five- to seven-year range. This means that somewhere in that timeframe, you will have paid just as much if you had licensed the software and run it on-premises. They are not looking at the complete picture or considering all the direct and indirect costs. But even if this is accurate, it still implies you have paid less during the initial stages, demonstrating those lower start-up costs.

Then, when you reach the break-even point, the costs associated with traditional licenses don’t stop. There are on-going costs of maintenance and IT staff (or a qualified third party) to support it. There is also the cost of obsolescence when you must replace or significantly upgrade not only your hardware, but also your software.

Let’s dive deeper into these opportunities for cost savings.

If you understand how business software is “bought and sold,” the concept of lower startup costs with SaaS should be quite intuitive. But we put that phrase in quotation marks because even today many business leaders don’t quite understand that enterprise applications are neither bought nor sold.

In the past, software you used to run your business was licensed for use. It may be licensed by a company, on a particular computer, or by number of users. This license fee is an up-front and one-time fee usually large enough to qualify as a capital expense. After the initial payment, there are recurring costs for maintenance. Maintenance agreements typically provide both technical support and certain innovations. Some innovations are included in the maintenance fee, such as newer modules or extensions, and others require an additional purchase. Maintenance is accounted for as an operating expense and is typically priced as a percentage of the software license.

In contrast, when cloud-based accounting software is delivered as a service, there is no initial up-front payment. You subscribe to the software instead of licensing it, and you have the option of treating your software purchase as an operating expense immediately. This breaks down the entry barrier, and you don’t need to invest in a server.

Not having hardware impacts your costs both directly and indirectly. The direct impact is obvious – there is no need to invest in new servers. Of course, hardware doesn’t completely disappear unless you have successfully replaced every application with a SaaS solution. With the rapid evolution of technology today, the risk of obsolescence is real. But by reducing the burden on any existing hardware (think computing power and storage), you either defer, or ultimately eliminate the need to upgrade.

There are indirect cost savings that come with eliminating hardware. You don’t need IT staff to maintain the hardware, except for desktops, laptops, and mobile devices. Your IT staff is likely doing more than just maintaining hardware of course, but the more time it spends on just keeping the lights on, the less time it has for strategically adding value.

In its Enterprise Solution Study, Mint Jutras found 31 percent of companies that had moved to SaaS had reduced the size of their IT teams. The remainder and the majority (69 percent) had redeployed members more strategically, providing more opportunity for these employees to add more value. We also suspect that those who did reduce staff may have used the transition to SaaS as an opportunity to “clean house” so to speak, eliminating staff with outdated technology skills (a reminder to all to keep those skills current!)

Time to Value is Faster

First, we measure the expected and actual time to achieve the first “go live” milestones. It is less variable than a full implementation, but keep in mind that what you accomplish and how much you achieve in arriving at this first milestone can vary.

With a traditional on-premise solution, this initial phase might include site preparation, lead time to deliver hardware, and the physical loading of software. None of these are necessary for SaaS implementation, which means overall faster initial implementations, as well as faster ramp-up for expanding divisions or adding new territories.

The second reason for choosing this metric is because during this time, you are most likely to see specific, quantifiable results.

This is the second way we measure time to value: Return on Investment (ROI). We defined the timeline for ROI to be the time it took to recoup 100 percent of the initial cost of ERP through cost savings or added revenue.  A full 85 percent of companies surveyed projected a timeline for ROI and 82 percent of those who had projected it achieved it. While the average was 2.52 years, those with SaaS implementations shaved about a quarter (3 months) off this and averaged recouping their costs in 2.29 years.

Cutting Down the Cost and Effort of Upgrading

Reducing the cost and effort of upgrades can lead to big cost savings. The top challenge companies face in deriving the maximum value from their solutions is the cost of effort or upgrades, preventing innovation. With SaaS, the solution provider does the heavy lifting.

From a cost perspective, think of not consuming innovation as a lost opportunity cost to your business. With SaaS, you are relieved of an immense burden. To read more about the ways to leverage the only AICPA-endorsed cloud-based SaaS accounting software. AcctTwo's solutions are built to automate your data collection, turn it into insights and intelligence, and help you become a more strategic CFO. Find out how in our eBook, "How You Can Transform Finance Into a Strategic Business Asset."