Tectonic Shift in Measuring Success Is Taking Place – Are You Ready? 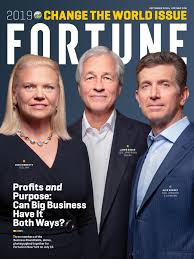 What is the new statement?  Why is it groundbreaking?  What have been the reactions to it?  What metrics can be used to measure an organization's success or failure to meet these new directives? How can CFOs and Finance teams leverage today's technology to provide these measurements?

On August 19th, the influential Business Roundtable (BRT), an association of the CEOs of roughly 200 of America’s largest companies, published a new statement of corporate purpose that has drawn praise, criticism, and skepticism. The new statement is groundbreaking and it's worth reading.

The reason this is so revolutionary is that for years "shareholder primacy" has been the guide star for corporate governance and behavior. In 1970, Nobel prize winning economist, Milton Friedman, wrote in Capitalism and Freedom, "There is one and only one social responsibility of business — to use its resources and engage in activities designed to increase its profits..."

This sentiment was then mirrored by the Business Roundtable in 1997 when they stated, "the paramount duty of management and of boards of directors is to the corporation's stockholders," and that "the interests of other stakeholders are relevant as a derivative of the duty to stockholders." In the new August 19th statement of purpose, the BRT doesn't mention shareholders until the last bullet of their statement, and seems to give more urgent attention to customers, employees, ethics, communities, and the environment.

Reactions to the statement, for the most part, fall into two camps. An article by Fortune Magazine, quotes Charles Elson, director of the John L. Weinberg Center for Corporate Governance at the University of Delaware, as saying this will dilute corporate responsibility: "The idea that you’re accountable to everyone means you’re accountable to no one..." And the Council for Institutional Investors issued a statement saying, “If ‘stakeholder governance’ and ‘sustainability’ become hiding places for poor management, or for stalling needed change, the economy more generally will lose out.”

"I am highly skeptical that there is any real weight behind this new assertion that the purpose of a corporation is anything other than maximizing shareholder value," said Binghamton University financial expert Daniel McKeever. "I don't think the CEOs of most of the country's large public companies have had some sudden ideological awakening when it comes to corporate social responsibility. Indicators of an impending recession have been piling up, and to me, this looks a lot more like CEOs 'foaming the runway' with a PR initiative in anticipation of a period of negative stock returns."

The more positive reactions, of which there are many, still include a lot of that same skepticism. The Washington Post quotes John Streur, president and CEO of Calvert Research and Management, a socially responsible investment subsidiary of Eaton Vance that manages $17.1 billion in assets, saying, “We’re thrilled these people are saying these things, but we’ve received a lot of questions about, ‘Is this real, or is this PR?’ Leadership is about taking real action. We’d love to see them follow through.”

The Washington Post article does a good job of summarizing the concerns, saying the statement "offered sparse detail on how those commitments would change behavior in the future, what shifts in policy or practices the public should now expect or how success in a stakeholder-driven approach to capitalism might be measured."

We at AcctTwo are on a mission to deliver the future of finance and accounting. This new statement for corporations may have a lasting impact on that future. We're especially interested in the last question posed above, and we have some ideas for how we can help CFO's measure that success.  Stay tuned.

Topics: The Future of Finance and Accounting Business Roundtable